A villainous cowboy breaks into a smarthome and tries to take a nap in the owner's bed.
The home-owner's smart appliances attempt to fend off the cowboy.

Play against your friend and switch off playing as the cowboy or the house, or play against a challenging AI enemy.

Requires .NET Framework 4.5 or higher installed on your machine.

In short, Bed Dead Redemption is a brief, yet barmy battle-based card game created by Enigma Dragons Jam Squad using Monogame. Although the gamer may sound familiar to some, the only thing that links it to Rockstar's western wonderland is the subtle cowboy theme inherent throughout. Oh, and the fact that "Red Dead" hosts a version of Texas Hold 'Em Poker, but that’s beside the point. Bar from these subtle similarities, the rest is as weirdly wacky as it is wonderful.

Instead of playing as your stereotypical, run of the mill bandits and outlaws, players assume the role of a cowboy/home invader. That said, the goal is clear: to battle against inanimate objects defending the honor of home sweet home. Sure, it’s a bold and barmy premise, but it's fun-loving and spirited.

For instance, players go head-to-head against a bed with a lethal streak. If that wasn't enough, there's also a computer with a thirst for cowboy flesh. Yes, there are only two enemies between you and the end credits. With that in mind, it's a fleeting experience. However, if you consider that the Windows-exclusive is free-to-play, and developed in 48 hours or less, well then, all things aside, it's a pretty impressive feat of engineering.

So then, lets lay all our cards out on the table, and get stuck into the game's core concept. At its heart, Bed Dead Redemption is a turn-based deckhand battle-game. Hence, players take it in turns to outwit the opponent by selecting cards. All of which have various stat bonuses. Primarily though, the focus is on damage affliction and defensive strategy. There are tactical elements at play here, but the sense of challenge is somewhat lacking. I didn't come close to death. Either as the cowboy or the house. That's not to say that it isn't fun though, even more so when playing with a friend.

Visually, the vivid splashes of color create a sense of fun. So too, do the bright and bubbly character sprites of Bed Dead Redemption. Albeit, the detail being little primitive at times. All in all, the causal nature of the game-play, and a lively OST full of soulful charm create a pleasant vibe that makes the game's simplicity tolerable. Indeed, there is room for improvement, which goes to show that there is a reasonable foundation upon which to build.

Mainly though, I enjoyed the wacky and hilarious themes throughout Bed Dead Redemption. That said, there is not a lot of meat on the bone here, and content is few and far between. However, as a prototype for a future game, the signs are promising. Especially so, if you factor in the free-to-play element. Plus, the ludicrously short amount of time it took to create. Then, it deserved a test-run.

Go ahead, try it, you'll be pleasantly surprised. Besides, the worst after-effect is that you may go off-smart technology for life — not such a bad thing in the tech-obsessed world of today. If you're after a casual and charming card game, then this is as good a place as any, to start. 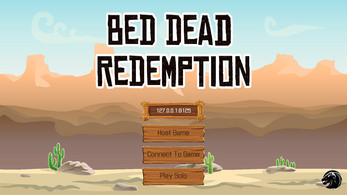 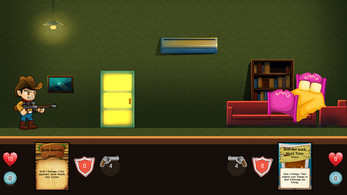 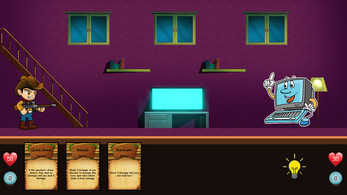